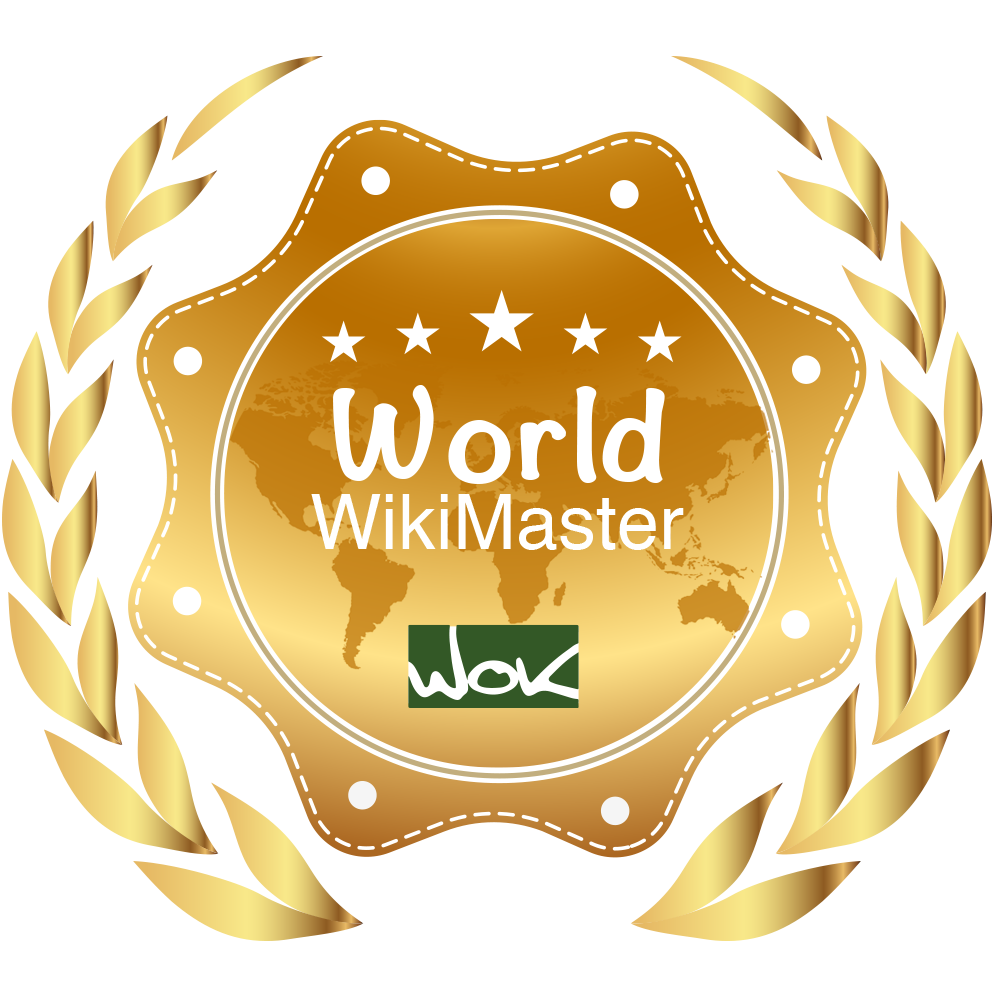 In our WOK Community, we have had an outstanding WikiMaster for a long time: Dr. Rangaprasad Bhat. Now after many long and hard efforts to surpass him; an effort we thought would be impossible, Mr. Gopalakrishnan Ganesan from Tamil Land in India has reached the Nr 1 spot in the Leatherboard to become the new WikiMaster in WOK. Congratulations!

Many wokers get addicted to WikiMaster and reach high in the Scoreboard. We at WOK appreciate all efforts done. Wokbits earned by playing, creating, and editing. The more efforts done by all, the better WikiMaster becomes every day enhancing not only our WOK system but Wikipedia at large adding MCQs to the articles. If Wikipedia would be "black coffee", we consider WikiMaster to be "Milk Added" as being a Cafe Latte, Cappucino, and Macchiato version of Wikipedia with a twist. All Community member's efforts, (the wokers) count. But some show up more in the challenges than others thanks to the amount they play so we are sure you heard about these wokers.
For almost 2 years, we have Rangaprasad Bhat as the WikiMaster in WOK and he awarded as a WOKer of the year 2016. 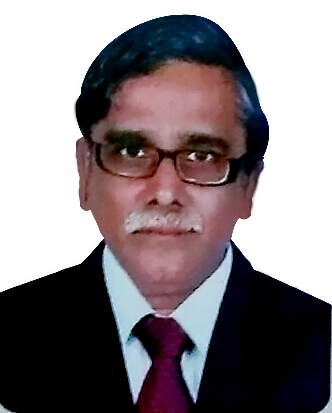 On August 31, 2018, wokers could see a new WOKer Mr. Gopalakrishnan Ganesan who passed Dr. Rangaprasad and became the new WikiMaster in WOK!
With Over 336000 (!) questions answered and over 18 million WOKbits earned! Both these gentlemen have reached a level we did not believe would be possible. Kudos to our former WikiMaster and the new Current WikiMaster of the World! 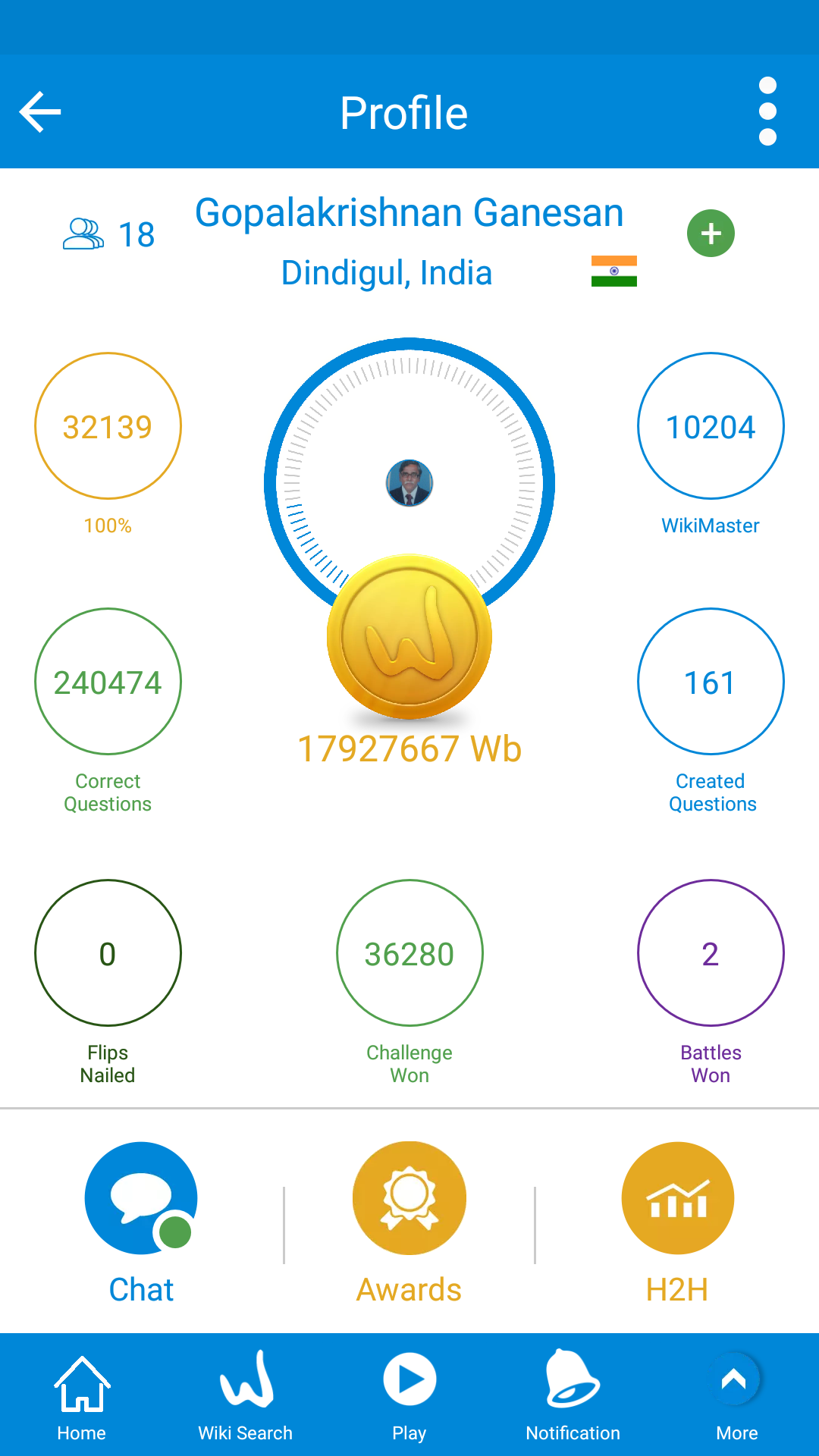 We at the WOK team had a chance to ask Mr. Gopalakrishnan Ganesan about his new Achievement and how he felt after all this hard effort.

1. What made you in contact with the app WikiMaster?

I got introduced to Wokwiki through one of my students. I was impressed with this app for the awesome knowledge base and started to learn various subjects by answering the quiz and participating in challenges. Still, a long way to explore more subjects.

2. What made you stuck in the app that attracted you to use it?

I am very much attracted to the challenging part in the app which motivates me to participate in a variety of subjects and learn from that.

3. What is your favorite subject or categories?

I like Education & Science, General Knowledge, History and Geography.

4. You have created a lot of questions in the Mathematics area, is this a favorite subject?

Yes. Mathematics is my most favorite subject.

5. Where in India do you come from?

From DINDIGUL CITY, Tamil Nadu State. It's in the Southern part of India in the State where Chennai is a big city.

6. What type of education do you have?

7. What is your profession?

Started my carrier in TelePhones Department Government of India as Assistant for two years. Later worked 20 years for Syndicate bank. Opted voluntary retirement in 2001 to serve the student society by training them in Quantitative Aptitude, problem-solving and Reasoning Ability. Motivated to become an author for below list of books :
1. GG\'s Special Study Guide For Quantitative Aptitude  (English)
2. Easy learning of Mathematics with Shortcut methods (Tamil)
3. Mathematic Puzzles  (Tamil).

8. Have you had any Achievements prior to this?

1. In 1990-92, I assisted as coordinator in DINDIGUL district, Total Literacy Campaign Which induced me to serve the community.
2. In 2004 - 05, awarded Best Secretary (Rotary Club of Dindigul West) by RI District 3000.
3. In 2008-2009, during Presidentship was awarded the Best Club by RI District 3000.
4. In 2018, I was honored by ALL INDIA SYNDIBANK RETIREES FEDERATION awarding a National award on Education & Social Service.

9. When did you think you were going to become the WikiMaster of the World? (given the fact Dr. Bhat was so far away in the leaderboard and Seemingly "impossible" to beat)?

I never thought. I was just enjoying the challenges and keep on gaining knowledge of numerous subjects.

9. Did you celebrate when you became Nr 1?

10. What advice would you give to new wokers who download WikiMaster and use it for the first time?

Enjoy the Quiz.  Take at least 10 challenges per day. Concentrate consistently on WOKbits, WikiMaster, Number of questions attended, and answering 100% in all quizzes. Focus on your favorite subjects and keep on exploring. Don't lose your own interest and involvement at any cost until you reach your final goal.

Knowledge has no limits and knowledge seekers have a huge passion for gathering facts. Congratulations from the team in Cairo to our highest achievers in Tamil Nadu!

Mr. Gopalakrishnan Ganesan with his wife celebrating being the new global WikiMaster in 2018!

Edit. See the Award Ceremony in Dindigul in 2019